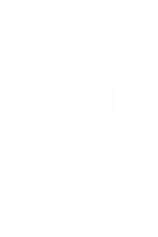 The birth of the Garden Kingdom

The birth of the Garden Kingdom
»It is now infinitely beautiful here. I was very moved last night as we strolled through the lakes, canals and woods by how the gods have allowed the Prince to create a dream around himself…«. Letter by Goethe to Charlotte von Stein (1778)

In 1758, at the age of 18, Prince Leopold III. Friedrich Franz of Anhalt-Dessau succeeded to the throne of the little principality on the rivers Elbe and Mulde. Five years later he and his friend and adviser Friedrich Wilhelm von Erdmannsdorff embarked on their first educational tour to England. This was followed by a »Grand Tour« to Italy, France and Great Britain in 1765/66, where both received their key artistic inspirations.

As a result of the experience gained abroad, the Prince started as early as 1765 to make calculated changes to countryside in order to improve it. The starting point as well as the culmination of these changes were the gardens at Wörlitz, which became the first landscape garden in continental Europe. Between 1769 and 1773 the country house (or Schloss) was built in Wörlitz and became the first neo-classical building in Germany. The construction of the Gothic House between 1773 and 1813 heralded the beginning of the neo-gothic style in architecture.

During a period of over forty years, the area in and around Dessau saw several other landscape gardens emerge, which were interconnected either by design or through carefully created vistas. Amongst these are the »Georgium« (from 1780), the »Luisium« and the woodland park »Sieglitzer Berg«. The last in the series was the garden at Kühnau, laid out from 1805 onwards.
Some existing gardens like Oranienbaum and Mosigkau were consciously integrated in the overall plan, so that the countryside was eventually turned into an architectural encyclopaedia from classical antiquity right through to the modern age.
Numerous avenues, paths along dyke tops as well as vistas – often enhanced with small structures and statues, served to connect the individual gardens. This led to the emergence of a cohesive garden landscape – already referred to as a »Garden Kingdom« by its contemporaries – which in its scale is unique in Europe.

The maintenance and management of the gardens and palaces, which started as early as the 19th century and from about 1925 onwards was guided by scientific research, has helped to preserve the authenticity of the Garden Kingdom in its many facets. Its protected status as part of the recognition as a UNESCO World Heritage site guarantees the survival of the Garden Kingdom.